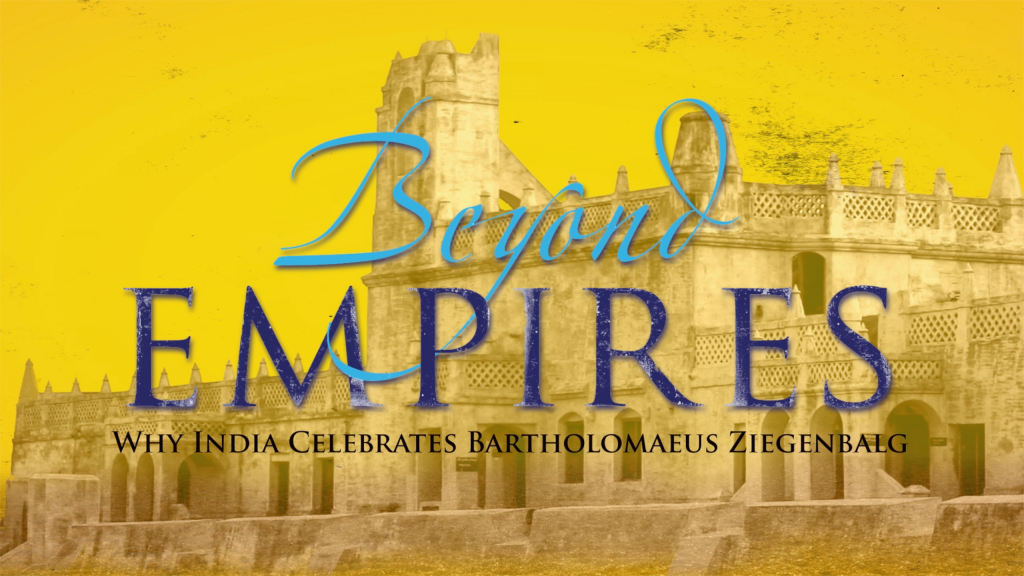 Missionaries are culture destroyers, right? It’s a pity we never bothered to ask the people affected by the missionaries to answer that question – until now. Because as the Tamil people of south eastern India tell it, their liberation from long ages of slavery began with a young German missionary, 300 years ago. He gave his life delivering the antidote to colonial imperialism. “BEYOND EMPIRES: Why India celebrates Bartholomaeus Ziegenbalg” sheds light on a forgotten 150 years of German protestant missionary work that preceded British and American missions and laid the foundation for the very best in the later missionary efforts. In so doing, the story of Ziegenbalg challenges the “culture destroying missionary” narrative that has become an article of faith in the pop culture of western nations.  Anthropology, Sociology, History, Theology and Missiology have much to learn from this long forgotten story of the impact of 13 years in the short life of Bartholomaeus Ziegenbalg. But so too, every young person looking to make a difference in the world.

To purchase DVD or BluRay disc for home use click here

Click here to see: What People are Saying about the film!