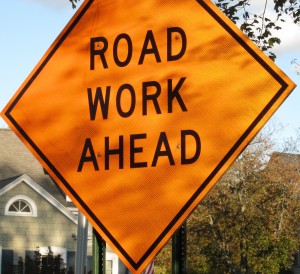 Whether it’s a novel or a tweet, a script or an op ed, all writing deserves our best thinking and words. All the time. Sure, it’s hard work. But the pay off of catching—and keeping— readers is worth it. Here are 4 writing clues to make your writing as compelling as it can be:

Clue #1. Be Clear: Writers start with an idea and even if it’s a tiny one, that idea will likely grow clearer with each draft (before publishing!). If your thinking isn’t clear about what your Facebook post or press release or article should say, your writing won’t be either. So fiddle with it until it is clear. (Yes, that even means editing emails and tweets until they’re just right.) Clear, simple writing catches even the busiest of readers, and keeps them returning to your work.

Clue #2. Be Concise: One sure way to clarify your writing is to find the right words to convey your message. Often, that means cutting words until the precise one appears. Concise language lets specific nouns and action verbs do the work and avoids the clutter of adjectives and adverbs. Believe me, readers will glaze over if they see too many words doing too little new work. (Pity the writer who might love her language but loses her readers because she’s bogged them down in detail!) So tighten, shape and propel each sentence forward with as little as possible. Period.

Clue #3. Be Creative: Just as readers need clear and concise writing, so, too, do they want originality. Gone are the days of stiff, formal sentences, proper as Mrs. English Teacher may once have demanded. Today’s reader wants pith, snark and clever phrases. So avoid cliches like the plague—they’re a sign of lazy thinking anyway. You can always make an idea better with creative images and personality—it might require a bit more time but hey,  disciplined curiosity takes you—and your reader—to the land of excellence, together.

Clue #4. Be Carefree: Okay, so clear, concise writing creatively captures an audience. But it’s still not enough to keep them. There are rules, and there are rules. And sometimes, a clever line means breaking them to get the effect you’re after. Most compelling tweets, for instance, are fragment sentences (don’t tell Mrs. English Teacher) that smack the follower into the conflict. That’s good. The good writer plays with words, pushes them around, pokes and prods them until just the right combination appears. Of course, we should be careful with our thinking and writing, but we can also be carefree enough to pursue our best. So loosen up and stay focused. Your reader will thank you by coming back for more.