NOOSA, QLD – “The idyllic life in the Sunshine Coast town of Noosa is shattered when its dead rise and start feeding on the living. Will an ex special ops soldier turned chef find the recipe for ending the nightmare? 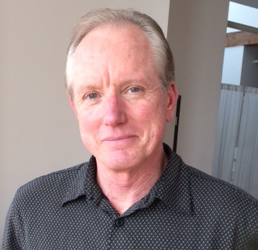 The next big movie? With the right ingredients it just might be.  And Christopher Reed can help. Reed, a Los Angeles based  screenwriter, is a master of turning story ideas into actual productions. Reed will share secrets from 30 years of working the craft, at a one day only workshop on October 29.  (Just ahead of the Noosa International Film Festival and co-sponsored by Sunshine Coast Writers Cafe and Lamp Post Media.)

“You don’t have to live in Hollywood to write a great movie. You can live in Naples or Namibia or Noosa,” Reed explains.  “What’s important is that you understand what’s important in writing for the screen. And, it’s probably not what you think.”

Reed’s successes include movies, shorts, music, novels and plays. He wrote the feature screenplay, “Jaguar,” a concept that Disney morphed into “The Lion King.”  Then followed the screenplay he co-wrote with his wife, Cynthia Carle, for the Touchstone feature film, “The Sixth Man,” and the original screenplay for the Turner Animation feature, “Cats Don’t Dance.” He has produced a number of short films, including the hit series “Pink Five” Star Wars fan films. He is currently under contract with a Chinese “Disney-type” studio for an animated children’s adaptation, and he is also in demand as a screenwriting instructor at the Writing Pad in Los Angeles.

“We’re really excited to have Chris teach this  workshop,” said Jo Kadlecek who teaches memoir for the Sunshine Coast Writer’s Cafe, and is a partner in Lamp Post Media.  “Anyone who loves movies and story, as well as new or seasoned writers, will learn a lot about what makes a movie great.”

Throughout this day-long interactive workshop, Reed will cover elements of character, conflict, and visual storytelling while using movie examples and lessons from his own career to illustrate his teaching. Cost is $189, and $149 for tertiary students. Registration includes resources, film examples, morning tea/coffee, lunch, workshop exercises and expert consultation from a veteran screenwriter.

Why: Because you love movies too much not to take this workshop.