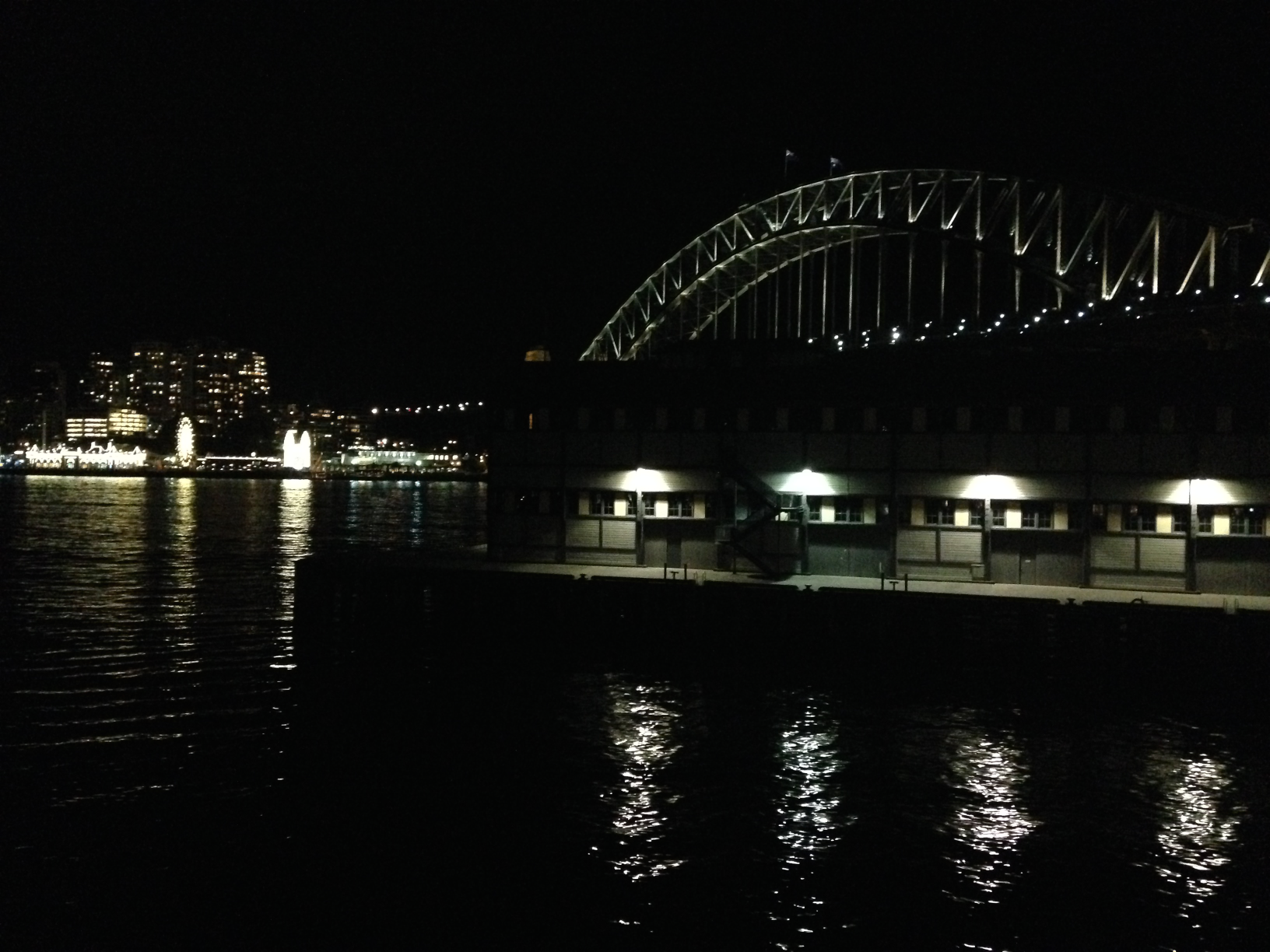 On a trip last week to Sydney we took in the Caryl Churchill play “Love and Information” at the Sydney Theatre Company. Seven fine actors played 100 characters in almost 70 vignettes during the 105 minute performance. And the issue the playwright, director and actors explored? How we relate to one another and process life in an age flooding us with information, distracting our attentions, but providing very little meaning. Good art critiques culture, and helps us rise to the precious elements of life despite the gravitational pull into the meaningless. We’re still processing how “Love and Information” did this. But it is an encouraging sign that a week later we’re still talking about it. (The image above is taken from Sydney Theatre Company in a wharf warehouse behind the Rocks area of the city)

Back to our own art, Chris has completed a short promotional film for a U.S. sports industry entry point for university students: the annual Mount Union Sport Sales Workshop and Job Fair held at the Cavaliers stadium in Cleveland, Ohio.  And (full disclosure) Jo’s brother, Professor Jim Kadlecek—who founded the workshop 11 years ago and has developed it every year since—hired Chris to film the 2015 event so he and his university staff could use it to promote next year’s workshop. Chris considered it a highlight of the year to watch his brother in law in action, and created the film out of his love for telling unrecognised achievements and stories. If you have such a story to tell, you will find him here.